Getting There is Half the Battle

First of all, let me say that when traveling to Europe, First Class helps the overnight experience.  I had advice to take some Tylenol PM to make sleeping a little easier.  Since I could only find Advil PM, I took that instead.  Being able to lay flat and prop myself with a few pillows actually allowed me to get a few hours rest.  I’ve not had a seat that lays flat before, so this was new and wonderful!  I arrived in Dusseldorf feeling somewhat rested.

I don’t speak any German, so the first thing I did as a groggy traveler was to order “kaffe”,  The waiter spoke perfect English. That made the whole experience very easy.  Negotiating the airport was a l,ittle disorienting because my flight was not listed on the board. It was a little confusing at first.  Then I realized that no flights after 10 AM were on the board and I relaxed a bit.

I was a little nervous about making my connection in Florence with my tour group.  Set to arrive at 10 minutes prior to the bus’s departure, I knew that in that 10 minutes, I had to get my luggage, clear customs and find them.  Thank goodness for skype!  I finally figured out how to get on the WiFi after a few misfires.  Once I got on WiFi, then I had to translate each site, so my 30 paid minutes was up by the time I was ready to place the call.

I got through via Skype and let Michael know that I was going to be arriving very close to the time of departure.  He assured me they would wait.  I sighed a big sigh of relief and relaxed to have another cup of kaffe.  What is it about European coffee?  They just do it better.  In fact, that cup of capuccino was just about the best thing I’ve ever put in my mouth.  So good, that I had to have another. 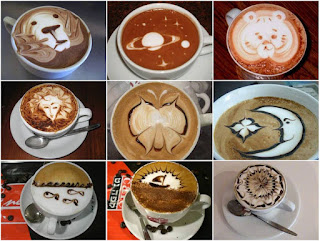 Once fully caffeinated, I made my way to the gate.  Very few people were there…that should have been my first clue.  When I approached the gate, another couple of American gals did so along with me.  The agent very nonchalantly told us that the flight was cancelled.  It was about 45 minutes before the departure time.  We had to go collect our luggage and re-book ourselves on another flight. Thankfully, there was a flight headed to the Florence later that day.  Lisa and her sister took me under their wing.  We would watch one another’s luggage and stayed with one another’s stuff as we would get things to eat or go to the restroom.  It was a great comfort to have them to lean on.  Lisa was even kind enough to let me use her iPhone to make another call to the contact person at my destination telling them I would arrive even later.  They offered to pick me up…it would be a significant charge for doing so, but at least I would get there and not have to deal with bus stations and trains.

Lesson Number 2: Pay to get an international calling plan for my phone.  I thought I could use my computer and the internet for skype.  My plan was foiled when my computer ran out of battery at the airport and I didn’t have the proper 3-prong receptive charger.  Nor were there many electrical outlets in the airport.  Electric outlets are not as available in Europe.  I tend to forget that fact between trips.

When I arrived at the Florence airport, I was greeted by the owner of our restored 14th Century Monastery, Il Chiostro.  His name is Nicolo.  He and his wife Renatta left their very successful business careers to spend 7 years restoring a completely abandoned abbey which was in ruins.  Their vision was to create a destination which would provide an experience that was uniquely Tuscan and based on the history of their special place.  They succeeded!  In the 45 minute drive I was treated to a history of their experience renovating the place.  It was romantic and great to hear an obviously successful and accomplished guy give credit and show obvious love for his wife.  I respect a man who loves and respects his wife. 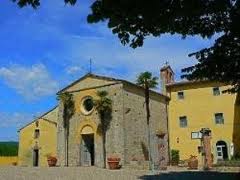 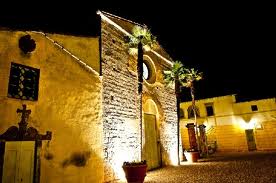 I walked into a meal prepared with organic foods, homemade pasta, and sulfate free wines.  Their food doesn’t have those labels to be chic, it’s just how they eat and drink.  The wines are fresh and meant to be drunk young, so there is no need to preserve them with sulfites.  The vegetables are fresh and grown locally. The chef’s sister made the pasta and everything was delicioso!

After about 30 hrs I found myself in my room and able to settle in for a night of rest. Can’t wait for what tomorrow is going to bring!